Fill the form & Get Installation Support 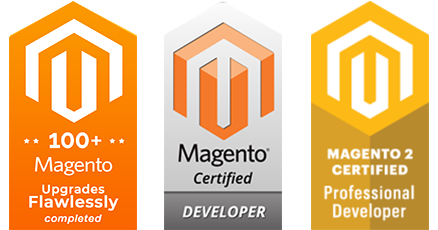 Any Question or Concerns?
Let's discuss

A client made an inquiry at our site which read,

We want to increase our sales. Can you help to improve the performance of our site?

Our tech expert discussed the case with the client and we ran an audit on the client’s website. We found many technical limitations which were stopping the growth of the client’s store. We advised clients to implement them one by one & check the result in the sales graph.

First process which gave the client a sales growth of 28% was speed.

Web & mobile loading speed of the client’s store was slow according to google page insider. We started working on the same. We did many technical operations such as,

The second process was where we introduced our UI/UX advisor who helped us to achieve 50% sales growth for clients.

The below activities were performed under UI/UX advisor’s consultation.

In the third process, we increased security, solved bugs, and did some maintenance which resulted in 14% of sales growth. This activity helped us to run the site flawlessly.

This process was handled by our Magento security experts who found that the site was going down twice a month due to server and other issues that were affecting sales. We advised the client to opt for a better hosting provider who guarantees 100% uptime and delivery.

While performing the site’s historical data audit, we realized that site was previously hacked as it was having security loopholes which were resolved by our security experts.

Numerous small bugs were there on the data side which was also solved from our end.

The fourth part of the process was PWA development. It increased reordering from the same clients.

While having a meeting with a client, he told us that they wanted to develop an app, but they wanted to do it within a limited budget. That’s the point where we introduced Progressive Web App to them.

We develop PWA for the client from their existing website. This took us only a few days. We also advised our client to ask his customers to download PWA. After a few months that advice helped and the client noticed reordering from his customers.

Actually, it wasn’t our fifth, but first advice to process as the client’s Magento store was in version 1 – But, the client wanted to continue with Magento 1 for the time being and we respected his decision and offered Mage Monkeys M1 Support which helped the client to run his store stably.

Later on, the client decided to move his Magento store to version 2.4 and our team of migration specialists helped him to perform the task without offering any downtime. After two months, the client noted that he achieved 30% sales growth by opting for the latest version of the Magento store.

Get a Free Quote